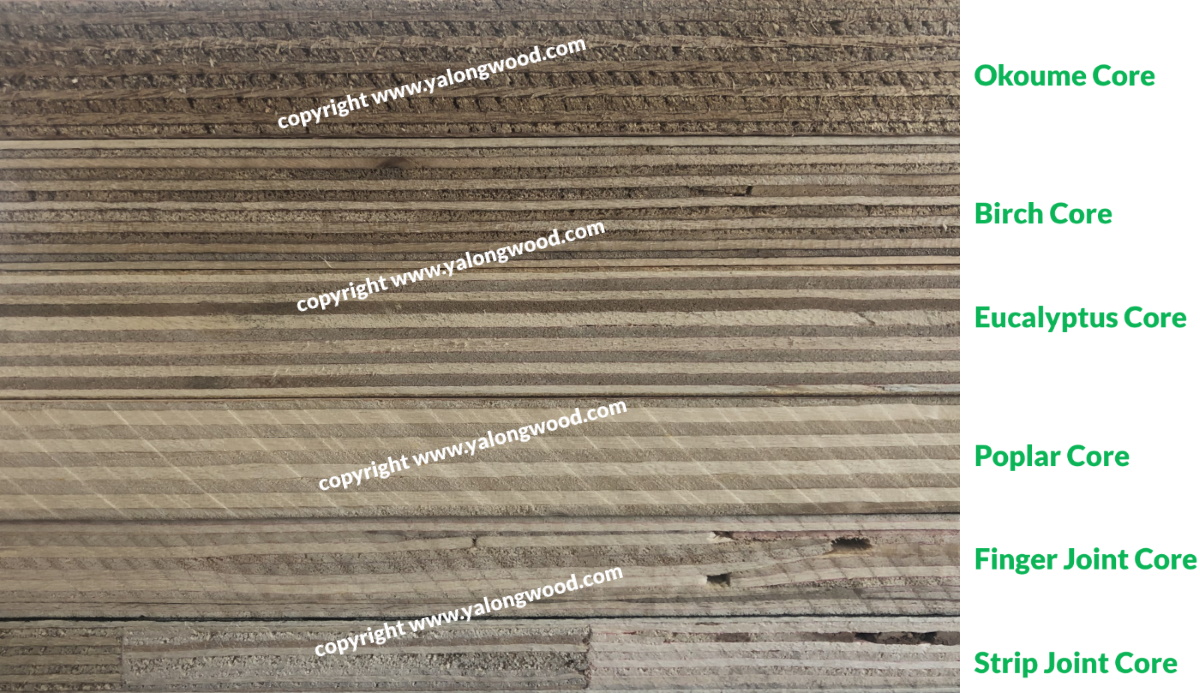 As a plywood manufacturer in China, we have multiple choices in terms of plywood core material and grades. In China, poplar is the cheapest core veneer. Chinese plywood factories produce 80% of their products with poplar. Poplar plywood is essentially the signature product of the Chinese plywood industry.

This article is going to give readers the most comprehensive insights into the plywood core options and help them with importing plywood from China.

Poplar is the most common hardwood material for the production of Chinese plywood. It is used for both hardwood faced plywood and film faced plywood.

Basically, there are two grades of poplar veneer core:

What are the differences of one time hot press and two times hot press?

Some Chinese film faced plywood manufacturers use finger joint core to make ultra low price plyform. This type of core is made from used plywood. After joining the plywood blocks, manufacturers will laminate extra layers of new veneer on both sides of the block. Hence the film on both sides.

Finger joint core film faced plywood is normally recommended to be reused 3-4 times only. But if you use finger joint plywood for wall concrete forming, it can perform as good as the poplar core plywood.

Commonly laminated with melamine paper on one side or both sides. Or laminated with natural veneers on one side. Could be raw MDF, melamine faced MDF, veneered fancy MDF, slotted MDF board. Used for furniture production and decor.

Commonly laminated with melamine paper on both sides. A cheaper material than MDF for furniture production.